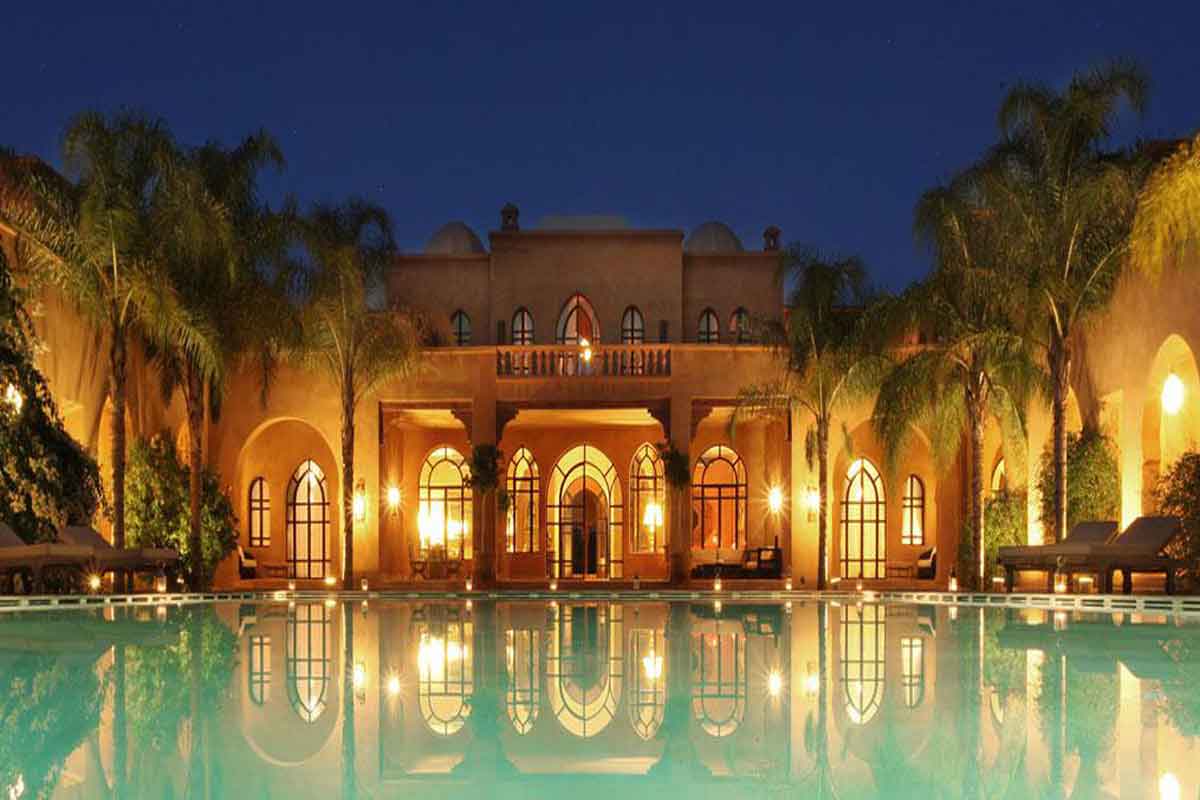 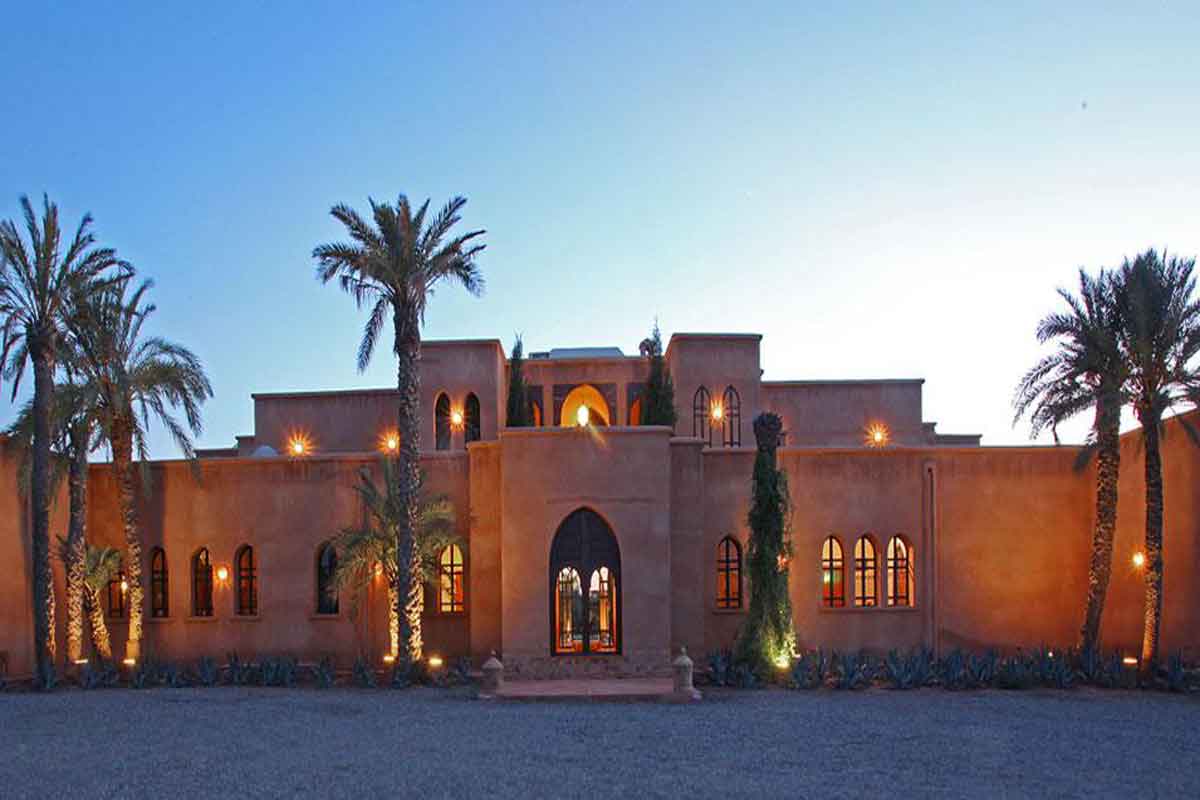 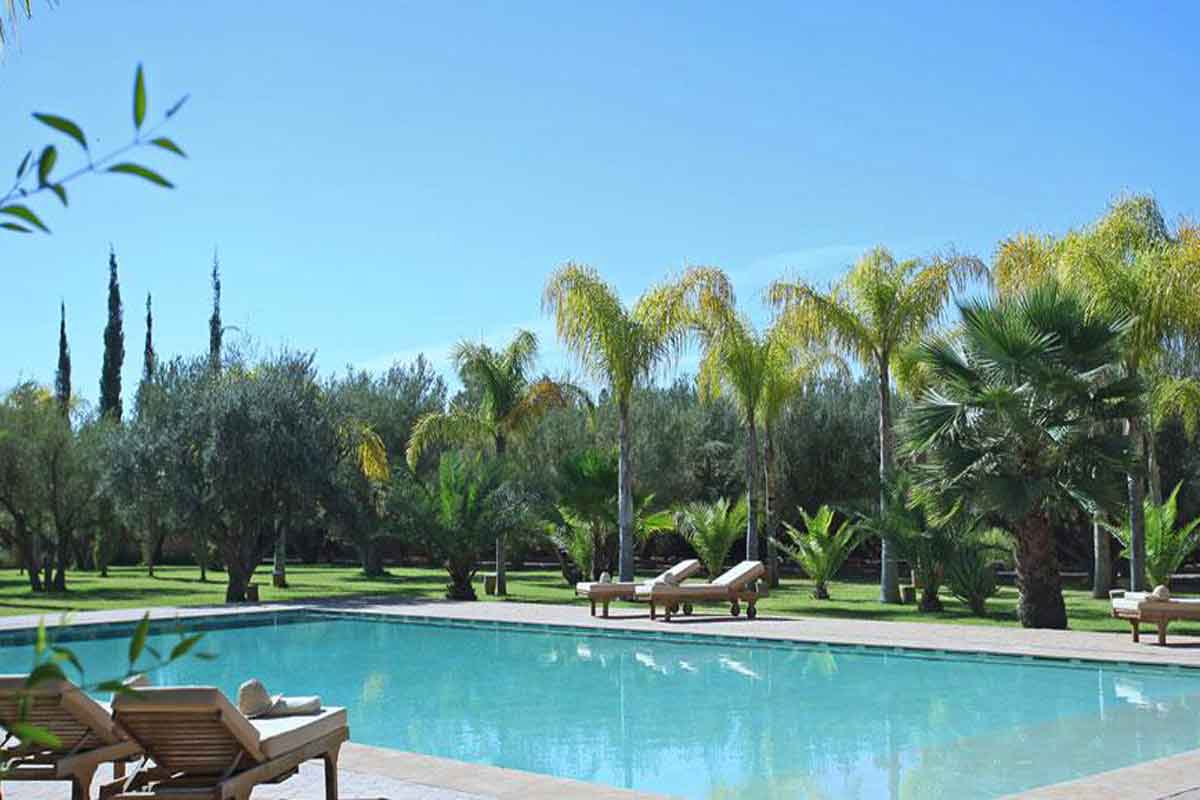 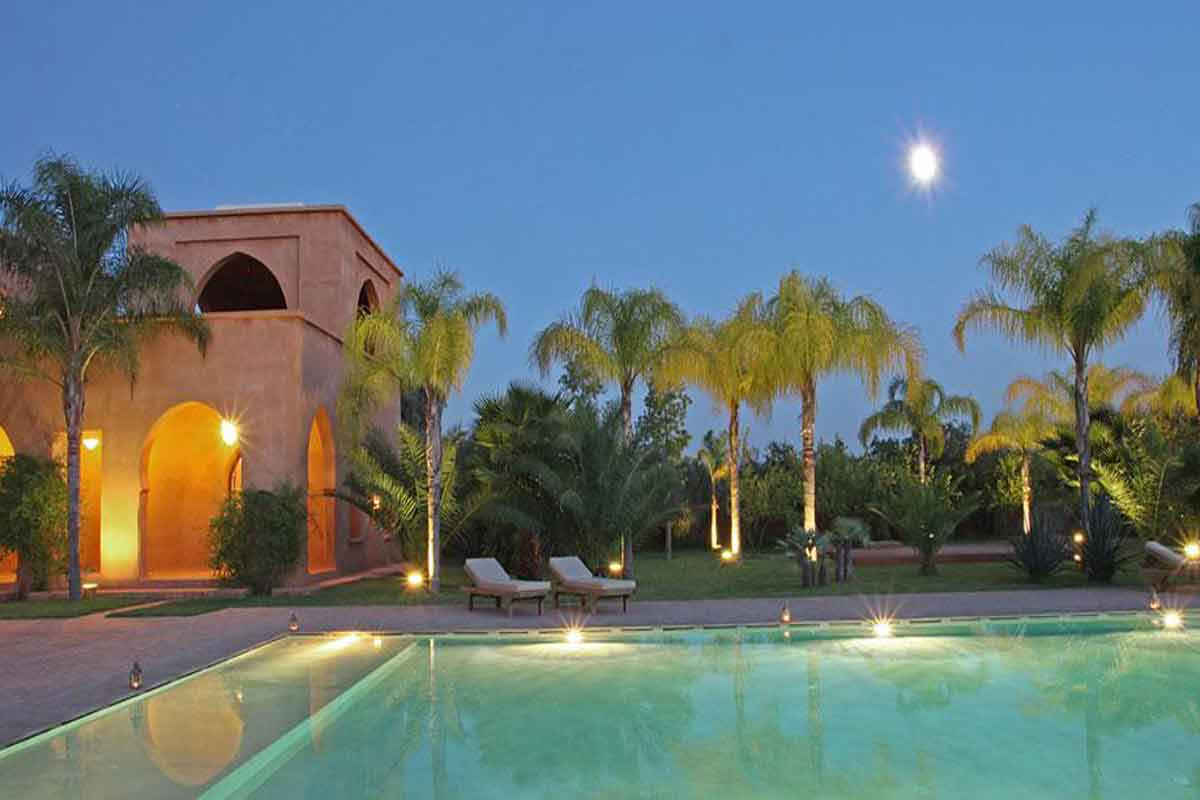 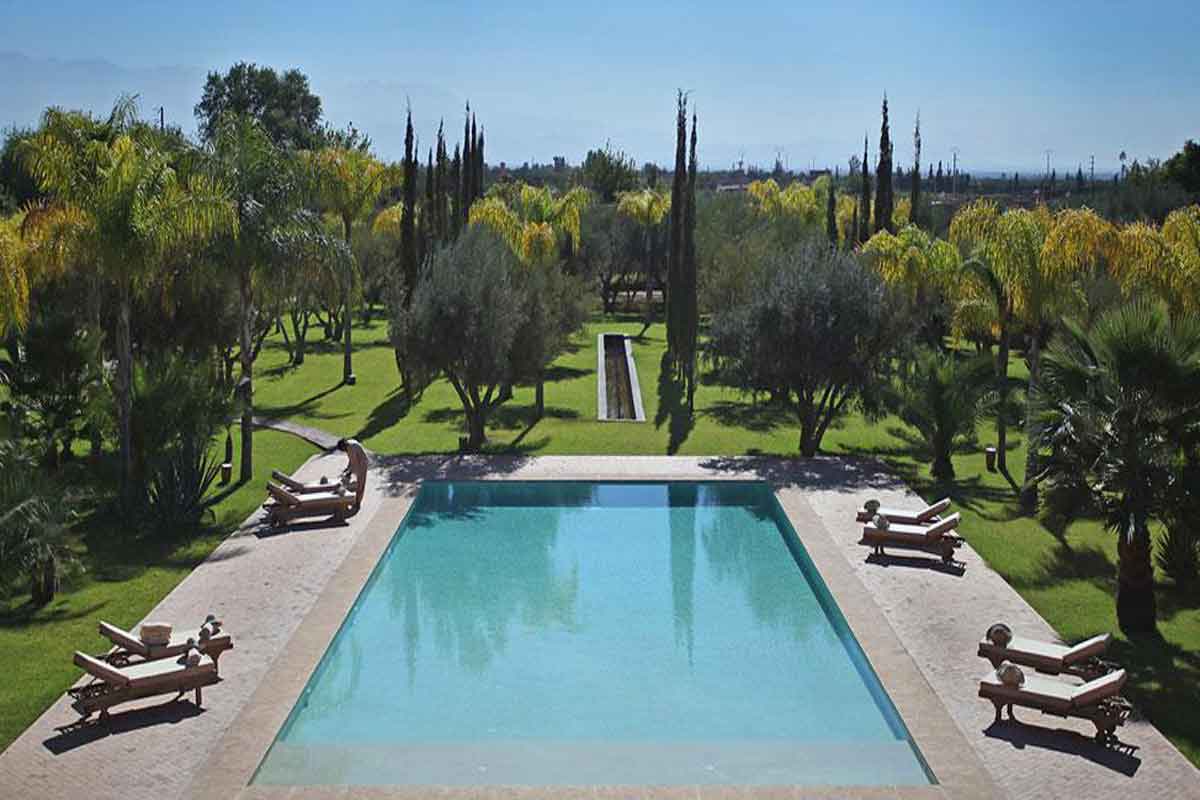 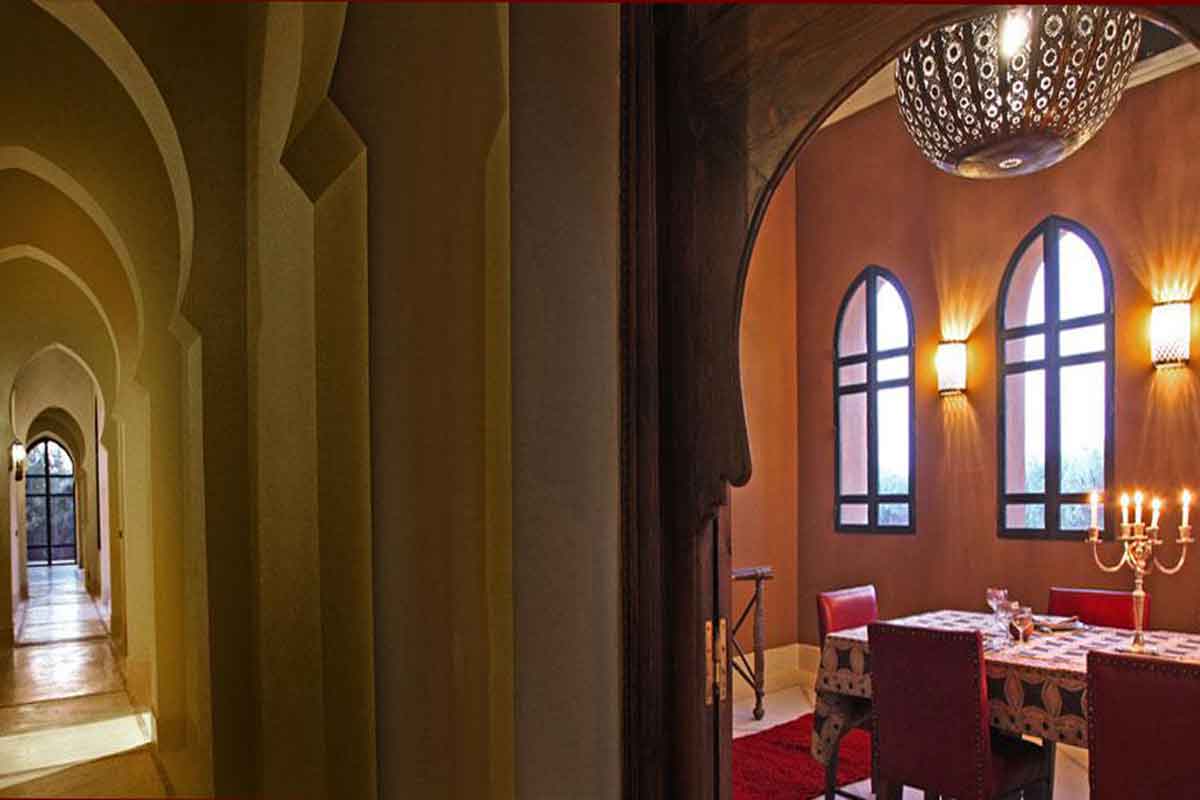 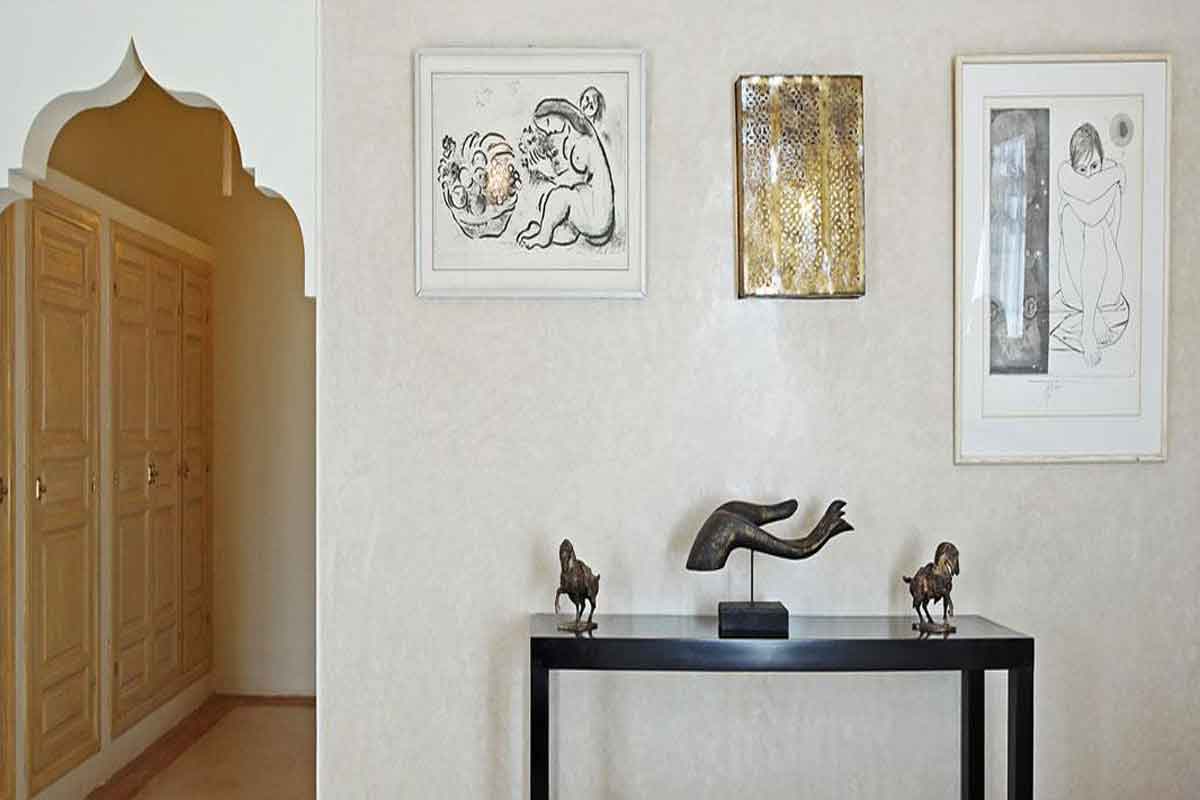 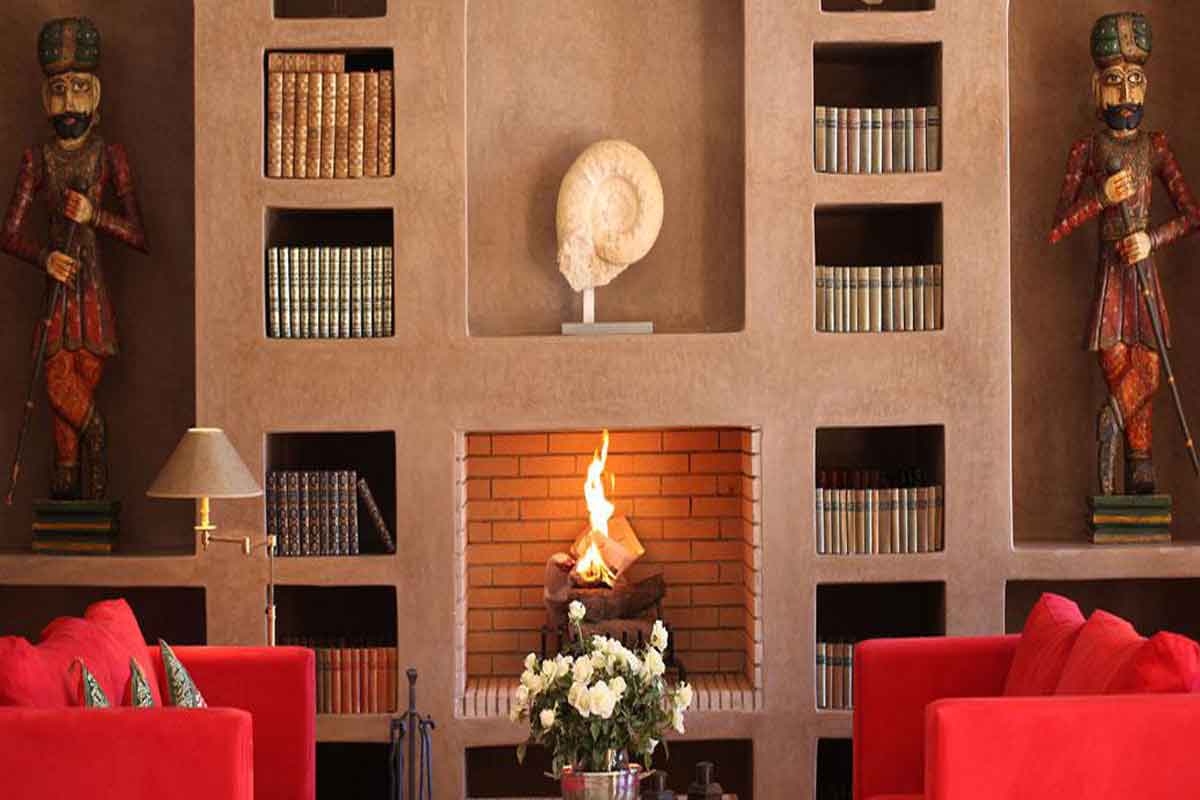 Living room with lots of seating 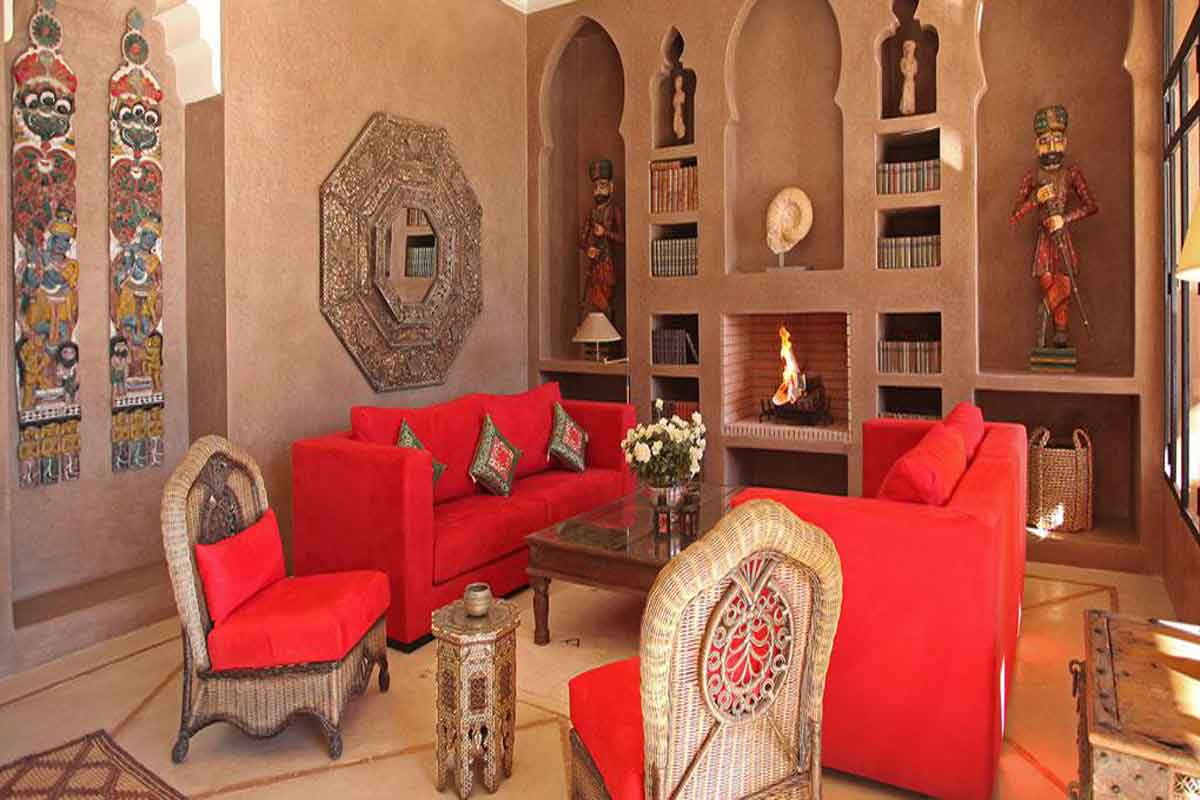 A second sitting area in the living space 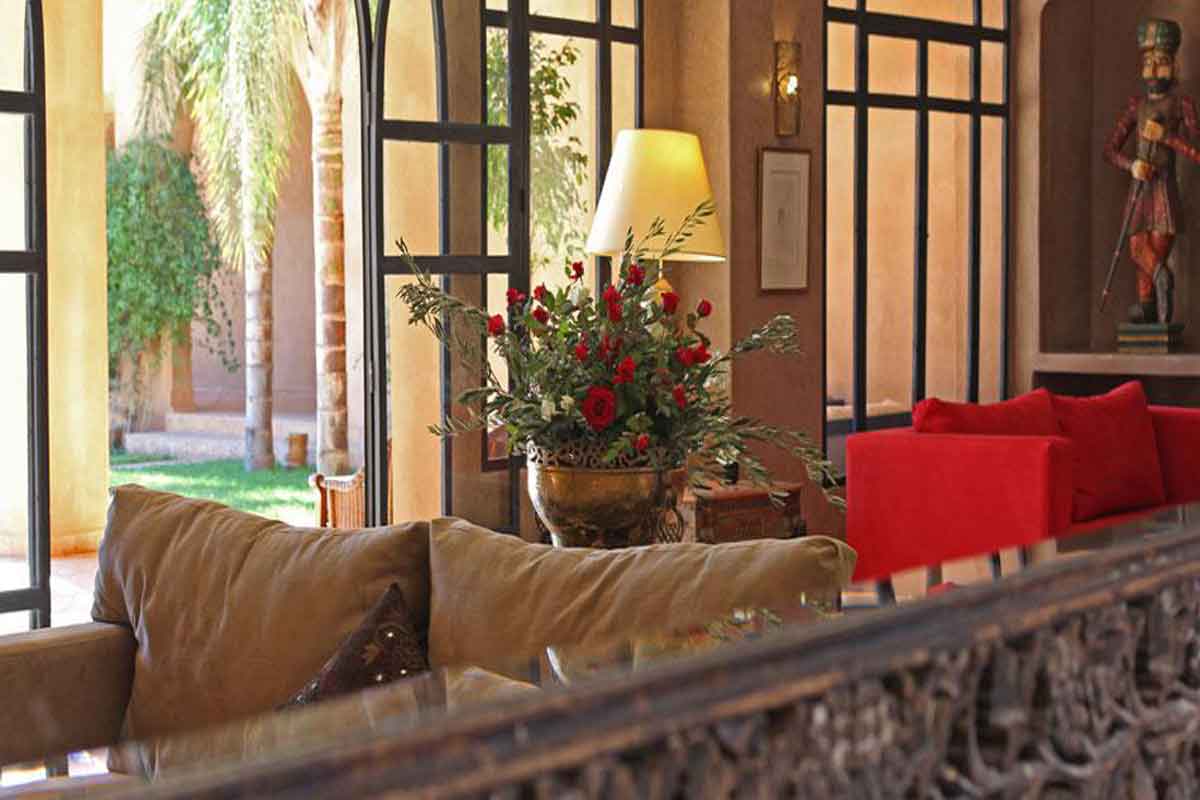 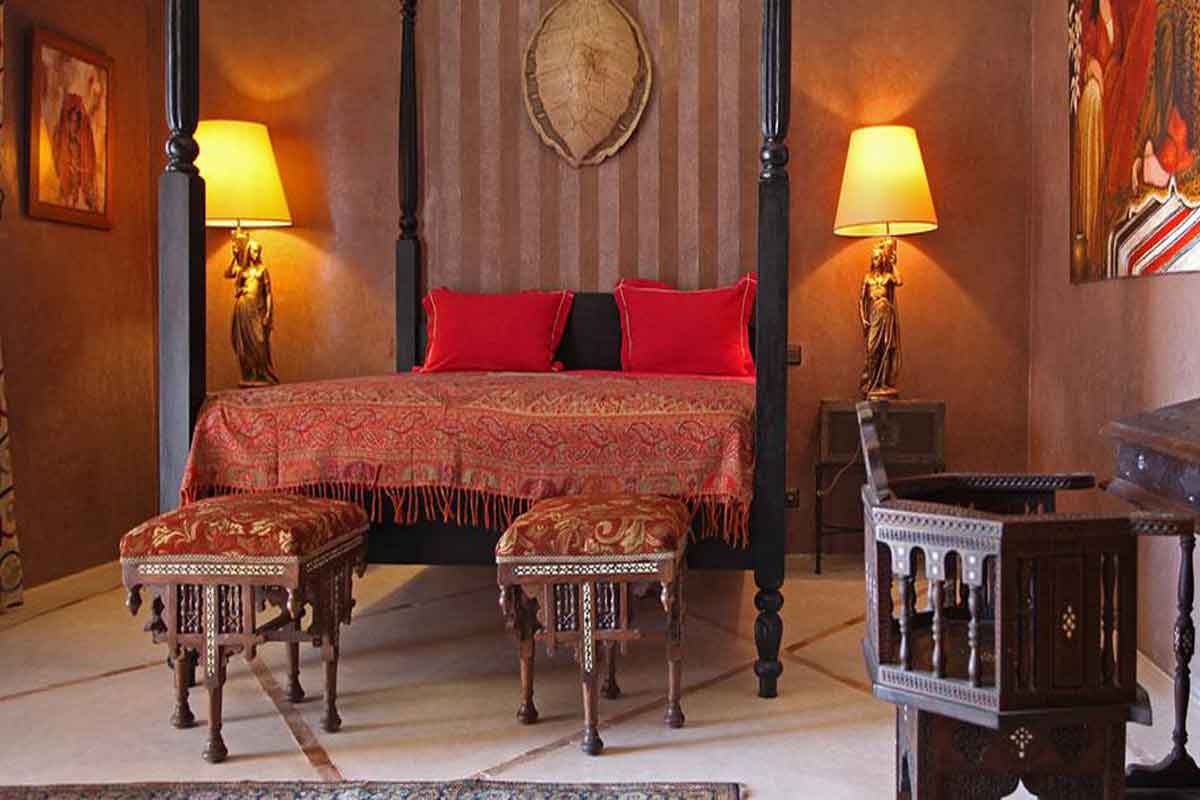 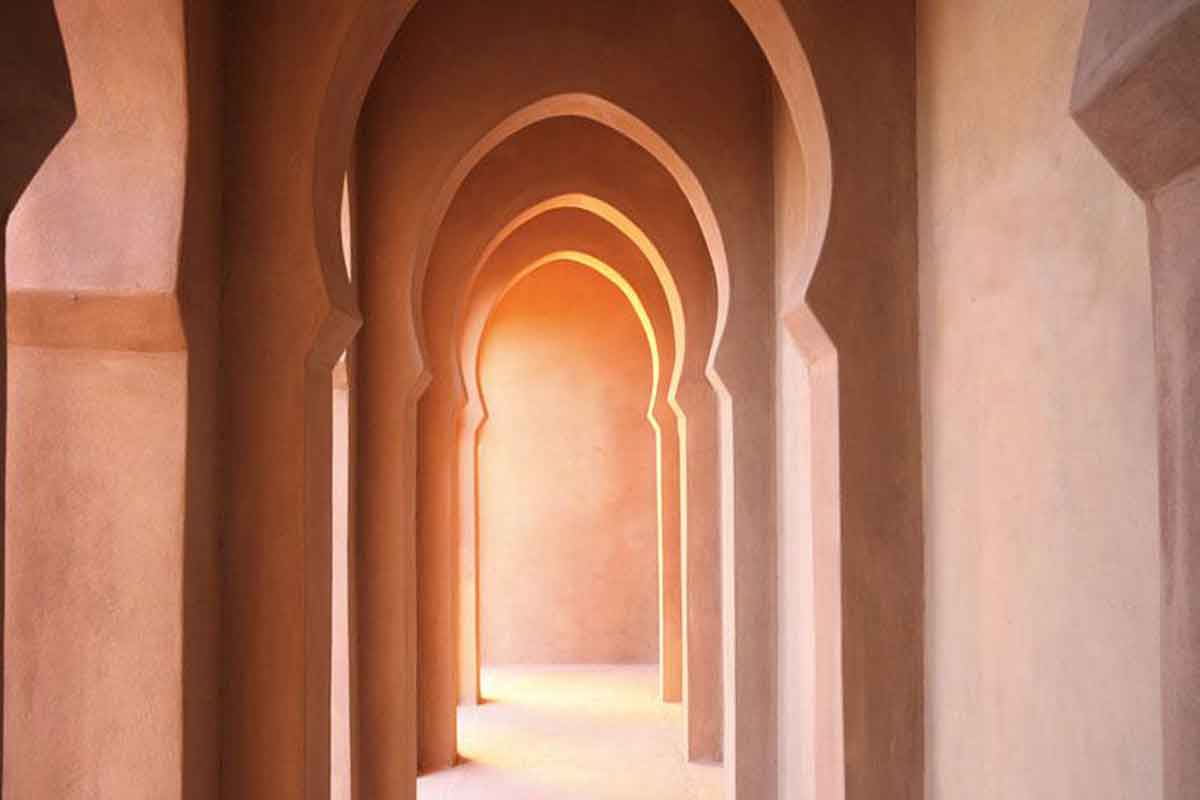 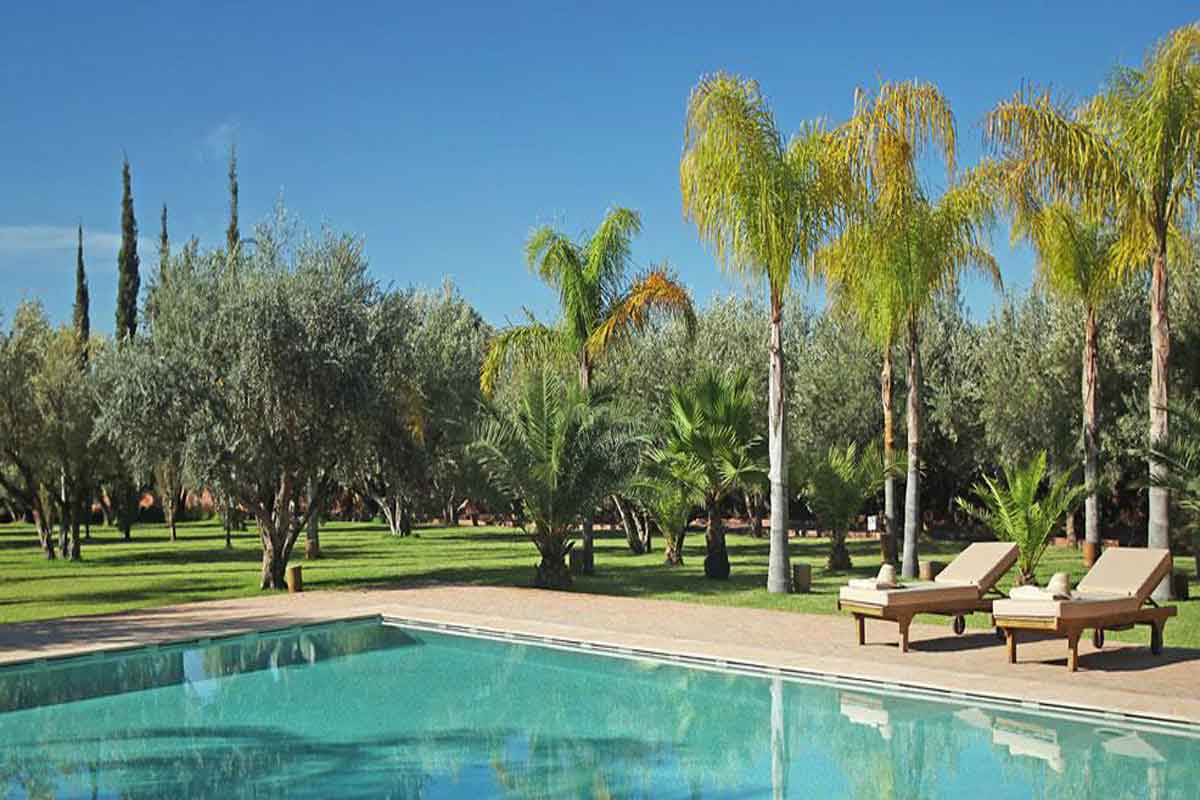 A stunning example of Luxury in Morroco. This holiday is perfect for large families or groups.

Set in lovely surroundings, the large south facing pool is the highlight of the outdoor area.

Rentals may start Saturday or Sunday, depending on availability. Short stays available outside of French school holidays.

The stylish interior of this stunning Moroccan villa is incredibly spacious. The traditional Moroccan colours deep red and terracotta have created a wonderful mix of old and new.

The architect has designed amazing archways, which lead you from room to room. Several Sumptuous sofas in the large living area.

A grand formal dining room, the perfect setting for a meal prepared by your own personal chef.

Kitchen - The villa is not a self-catering property, the kitchen is for the onsite chef only, you can choose from an all-inclusive or half board option (no alcohol included).

Ideal for weddings and special events, please contact us for details and price.

The property has no licence to serve alcohol, however, if guests purchase alcohol at the local supermarket the staff are happy to serve it.

Possibility of hiring a 4x4 for trips out to the desert, the Atlas mountains and other excursions.

This magnificent Moroccan Vacation Villa has an amazing setting

Set in over 2 hectares of parkland and gardens offering privacy and 360° views to the Atlas Mountains.

The large south facing swimming pool, 20m x 8m, (it is not heated) one almost feels like you are staying in a large hotel and the pool has been privatised for you!

Sun loungers on the terrace surrounding the pool.

Table tennis table for those who want a bit of exercise!

The city was difficult to navigate, with few street signs in the maze-like Medina, and it had only a handful of hotels and restaurants suitable for tourists. At night, the non existant sidewalks of Marrakech were rolled up.

Hot, new nightclubs, catering to the beautiful international set, have arrived, such as Le Comptoir Darna.

The Place Jemaa el-Fna Marrakech is always a little bit of everything: djellabas and babouches, bright colours, energy, heat. Once you've wandered around the stalls, gorged on all the mouthwatering food and watched everything on the square it's time to retreat to one of the many cafes and watch the goings-on from a distance.

In terms of views, though not of food, the best are the rooftop cafes. From here you can see the entire square of Jemaa el-Fna: the smoky and brightly lit food stalls are the centre, but circles of locals form all around the square watching storytellers and actors, and around the edges are the juice stalls selling fresh orange juice.

Marrakech International Airport is Menara - approx 15/20 minutes from the property.

This Moroccan Holiday Villa is close to Marrakech

Markets with bakers and grocers, cafes, pharmacies, restaurants and all manner of shops and of course the famous "Souks" are all available in and around the Medina which is 20 minutes' drive from the villa.

Staff are on site - Gardien/Cook/Housekeeper