Both sun and shade in the garden and by the pool 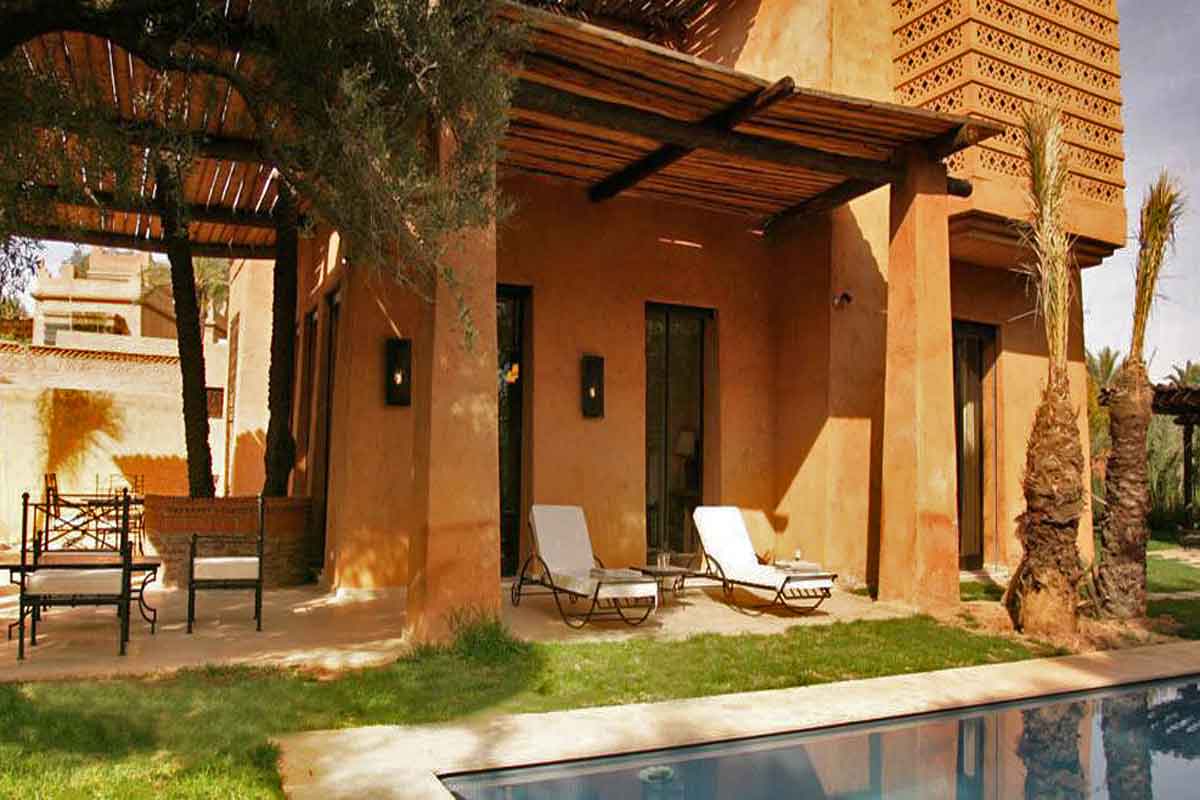 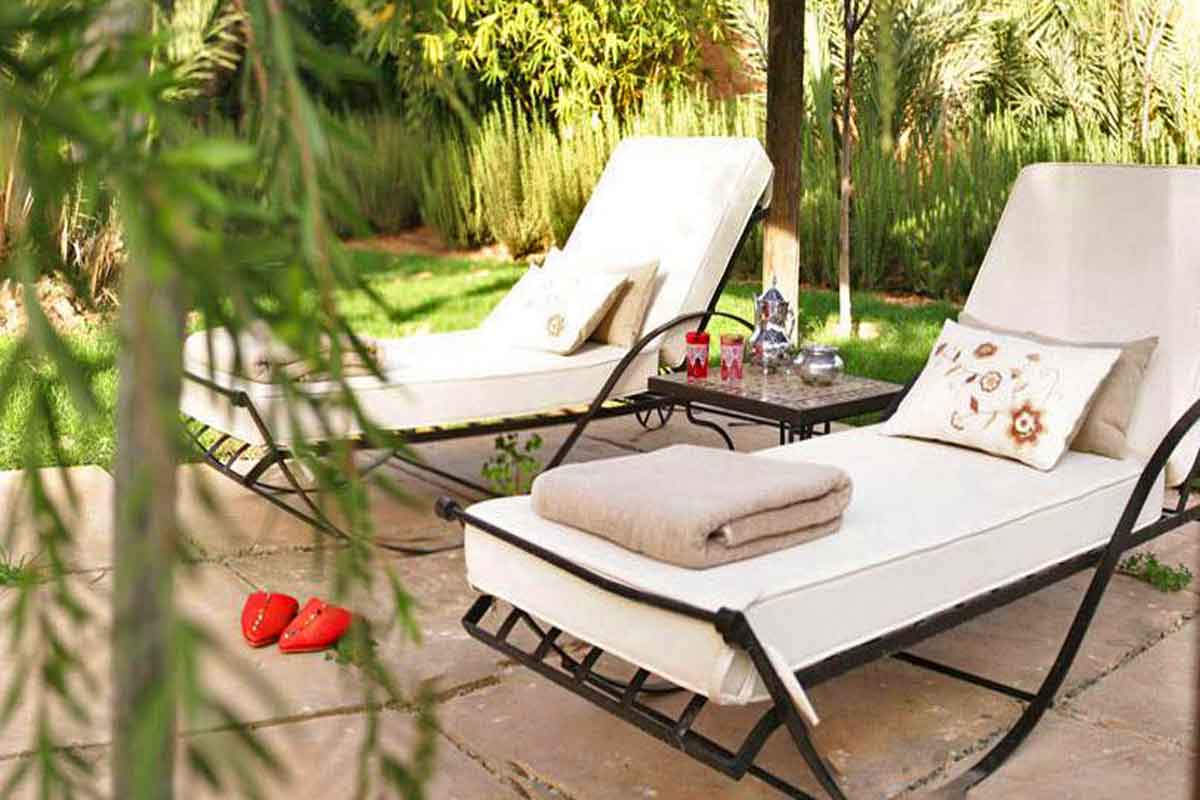 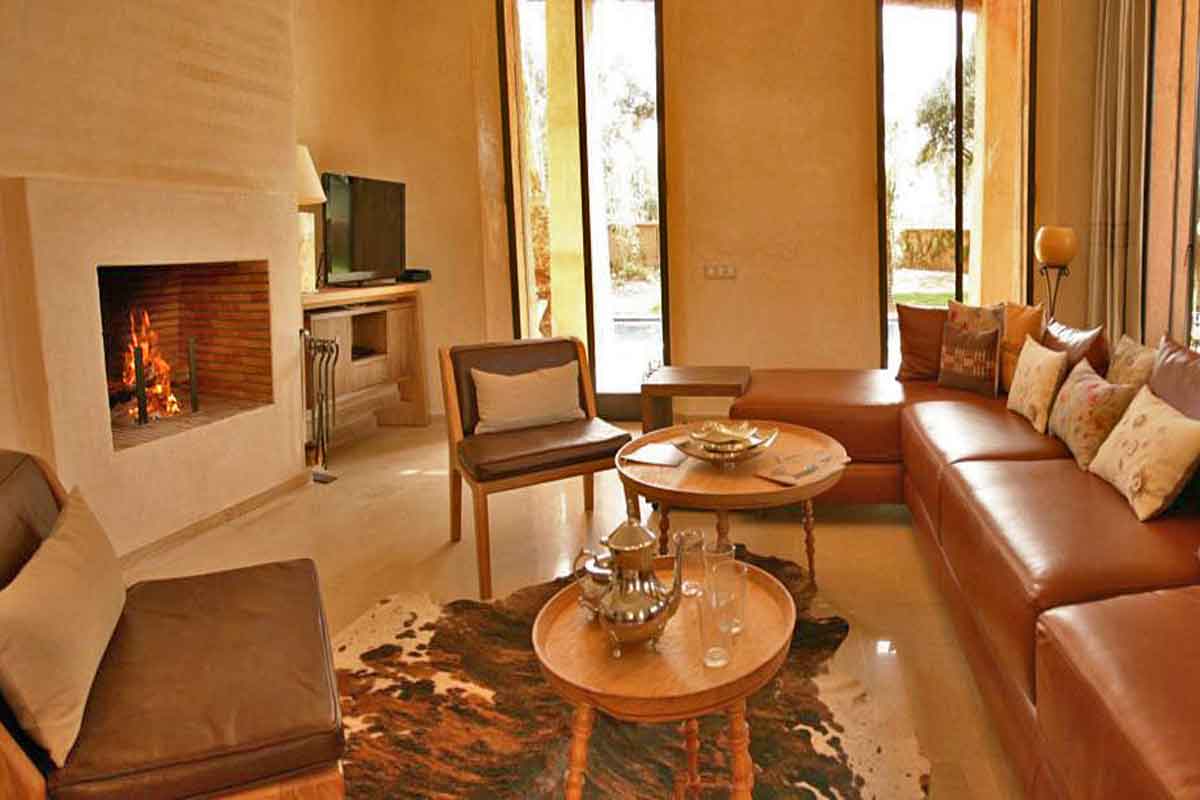 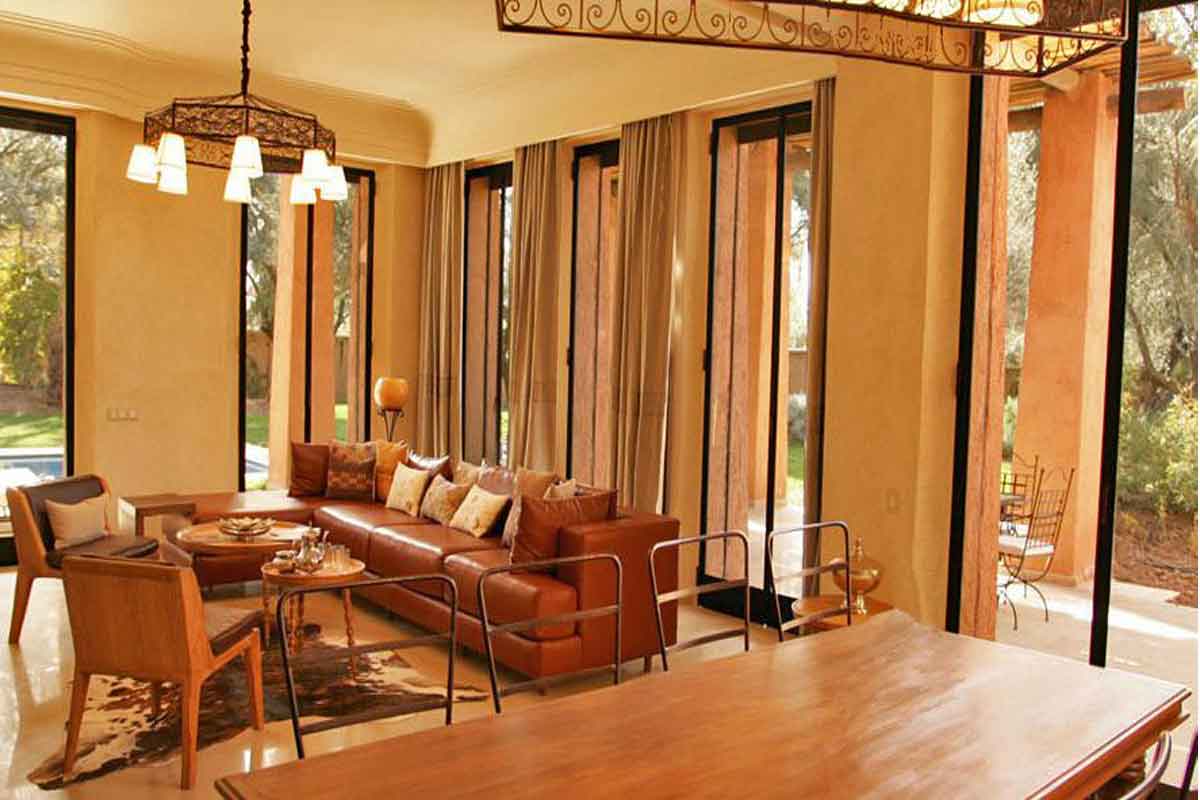 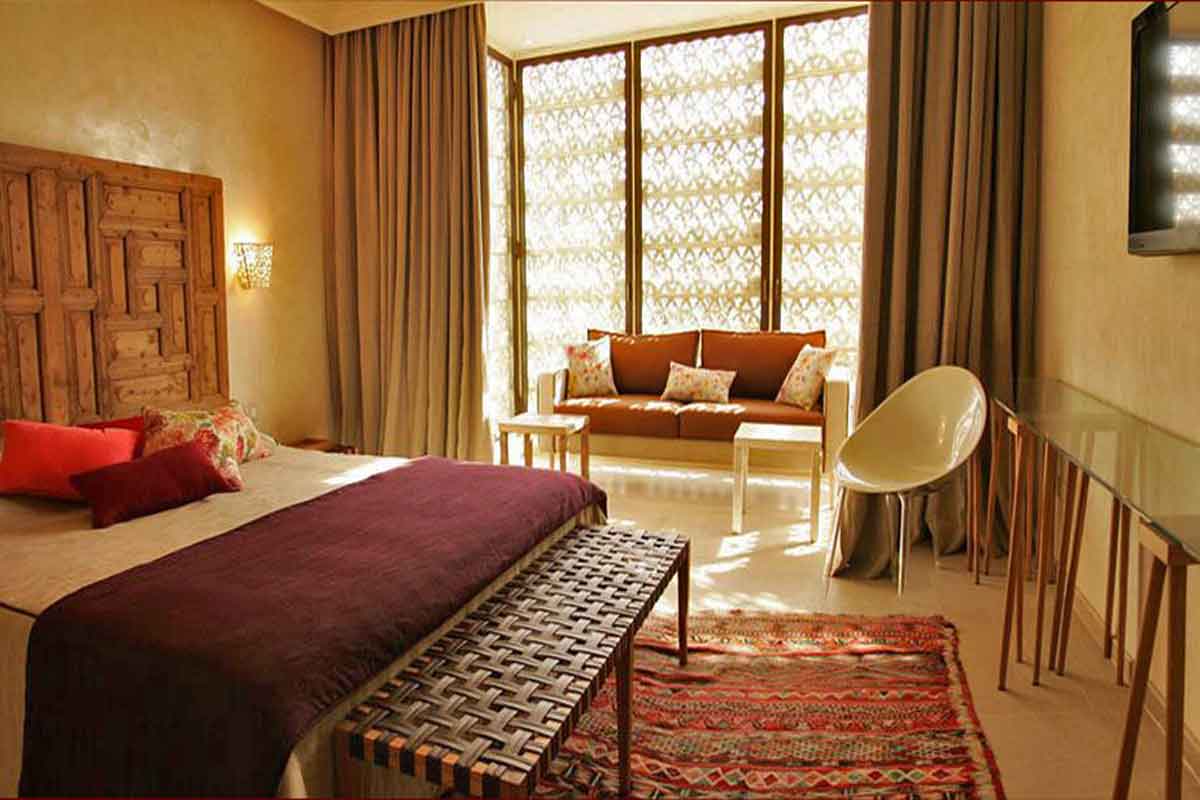 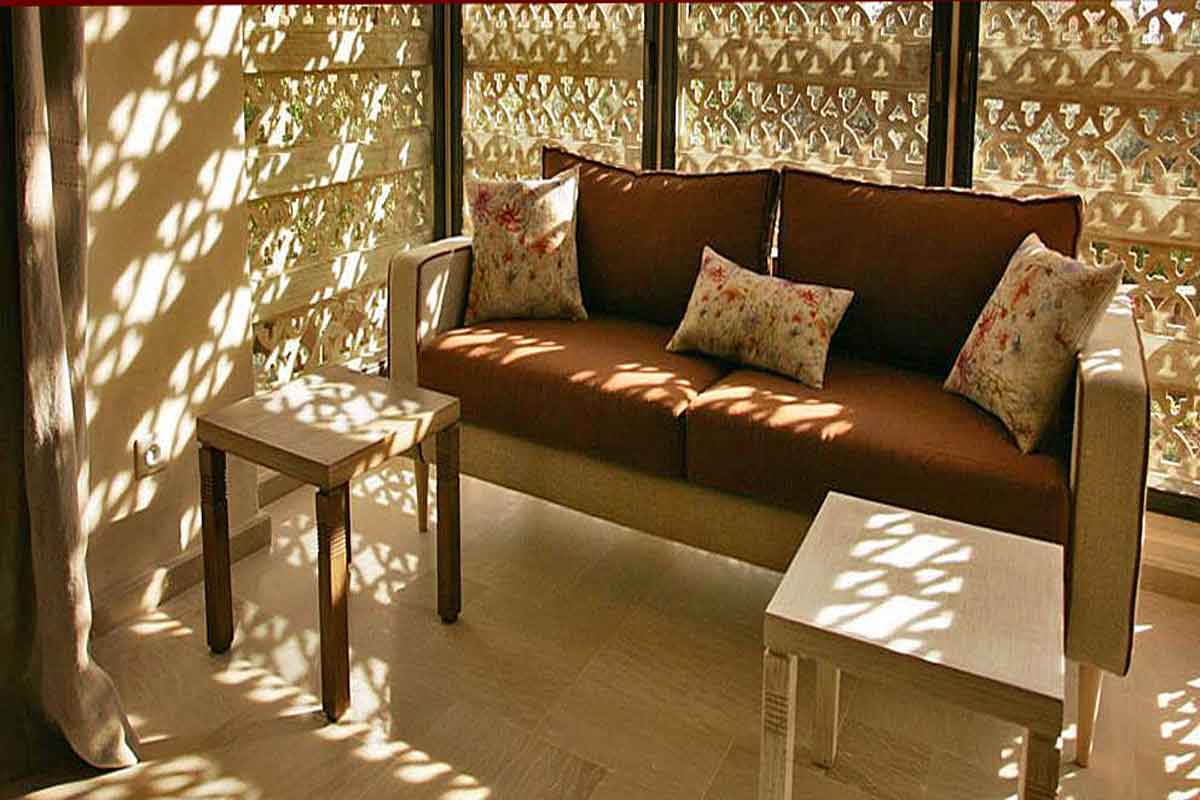 One of the en suites 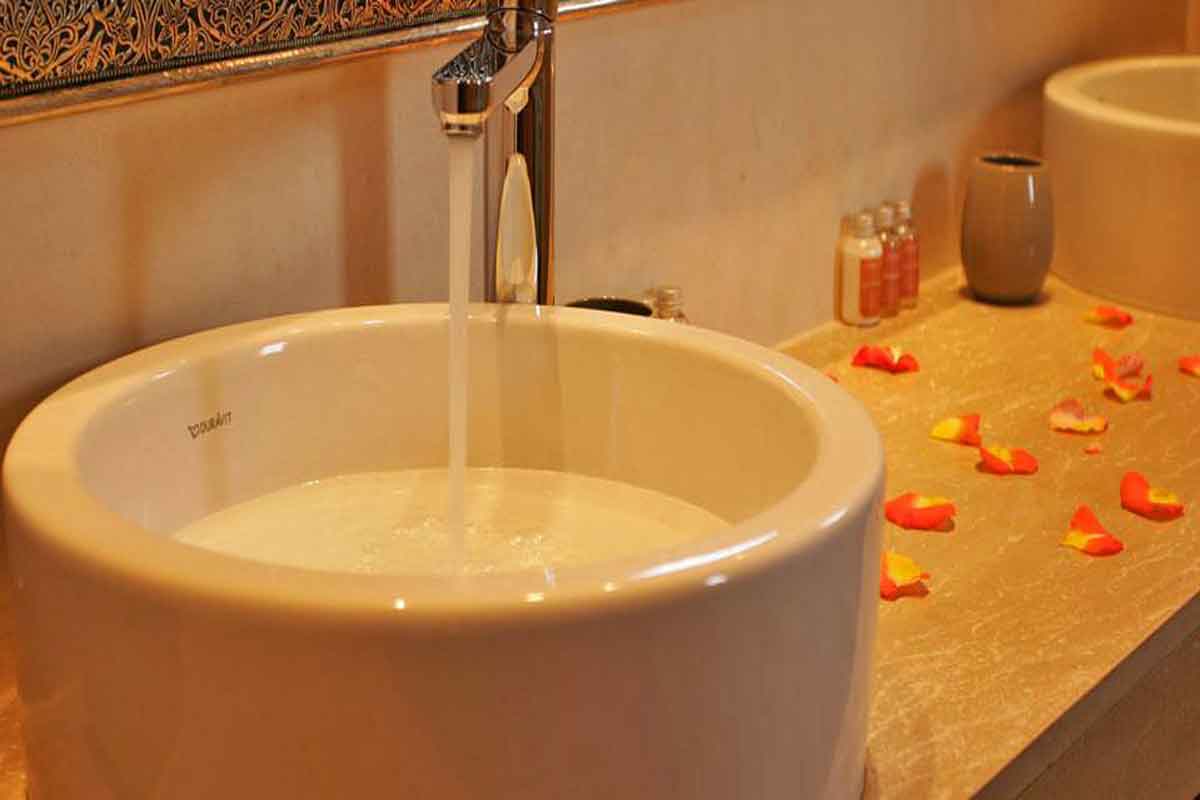 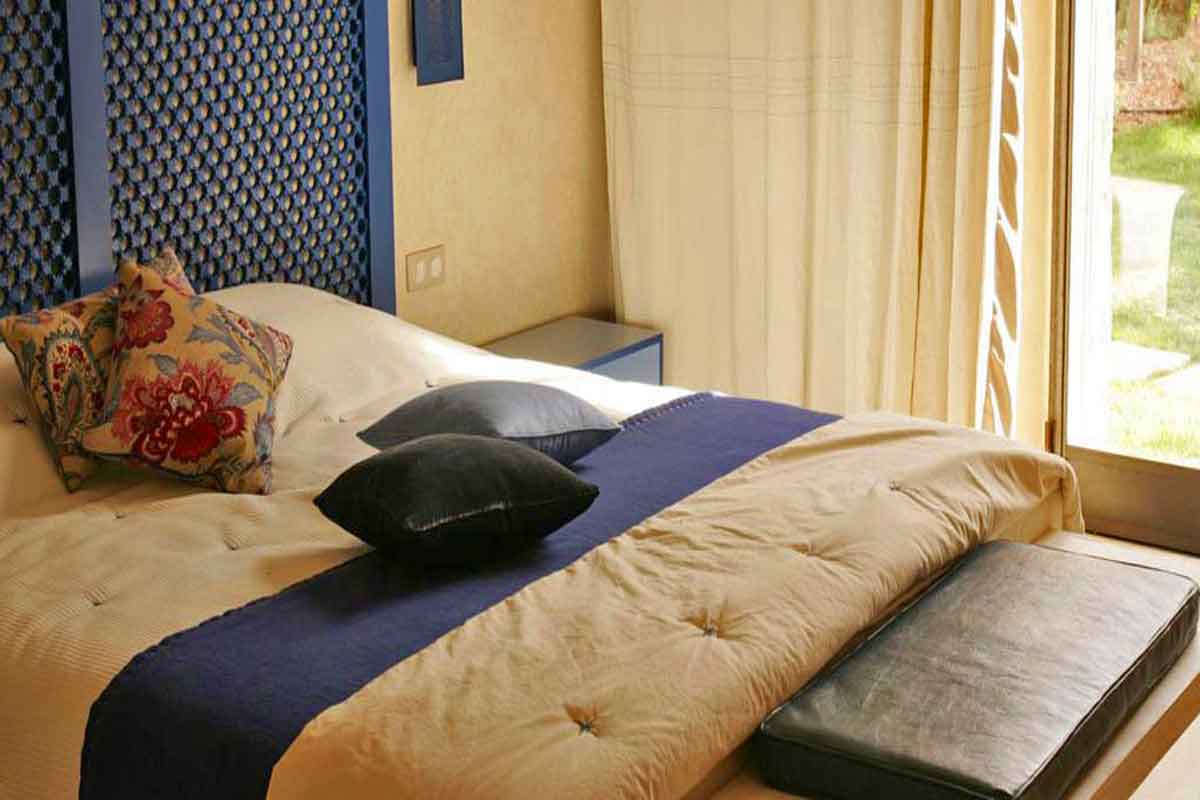 Another of the en suites 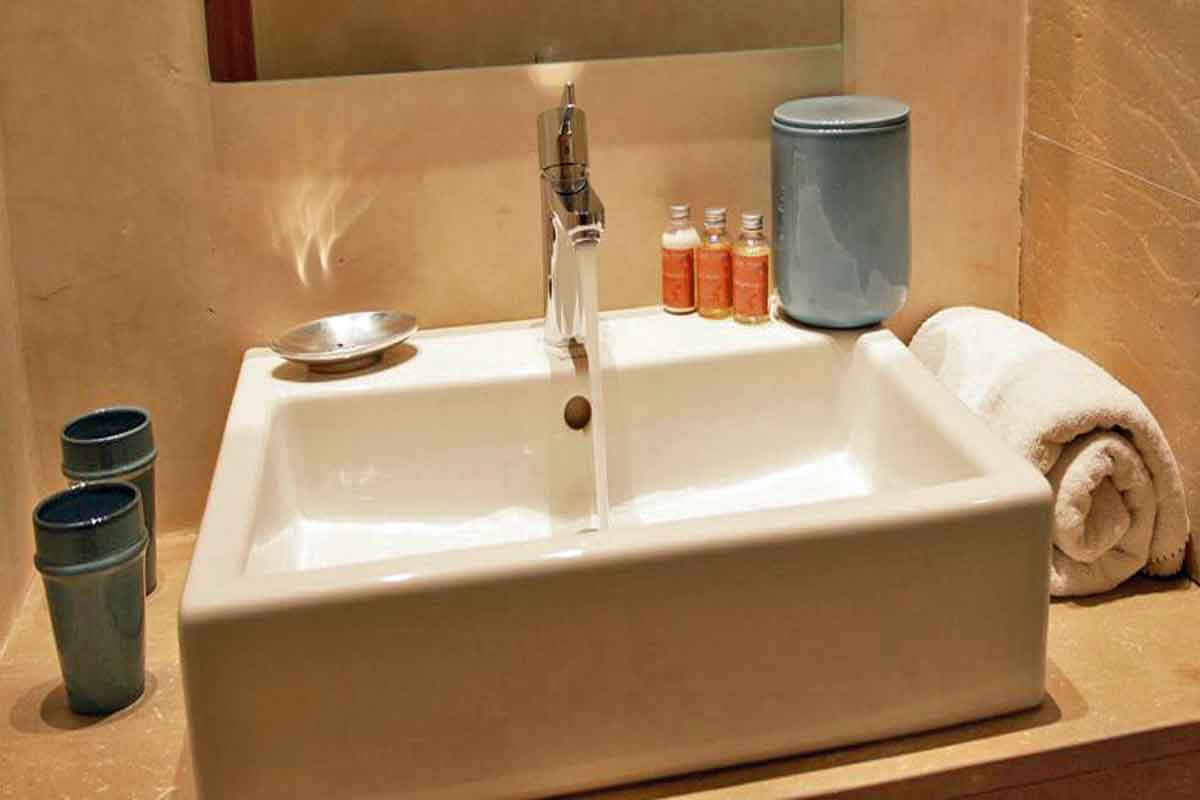 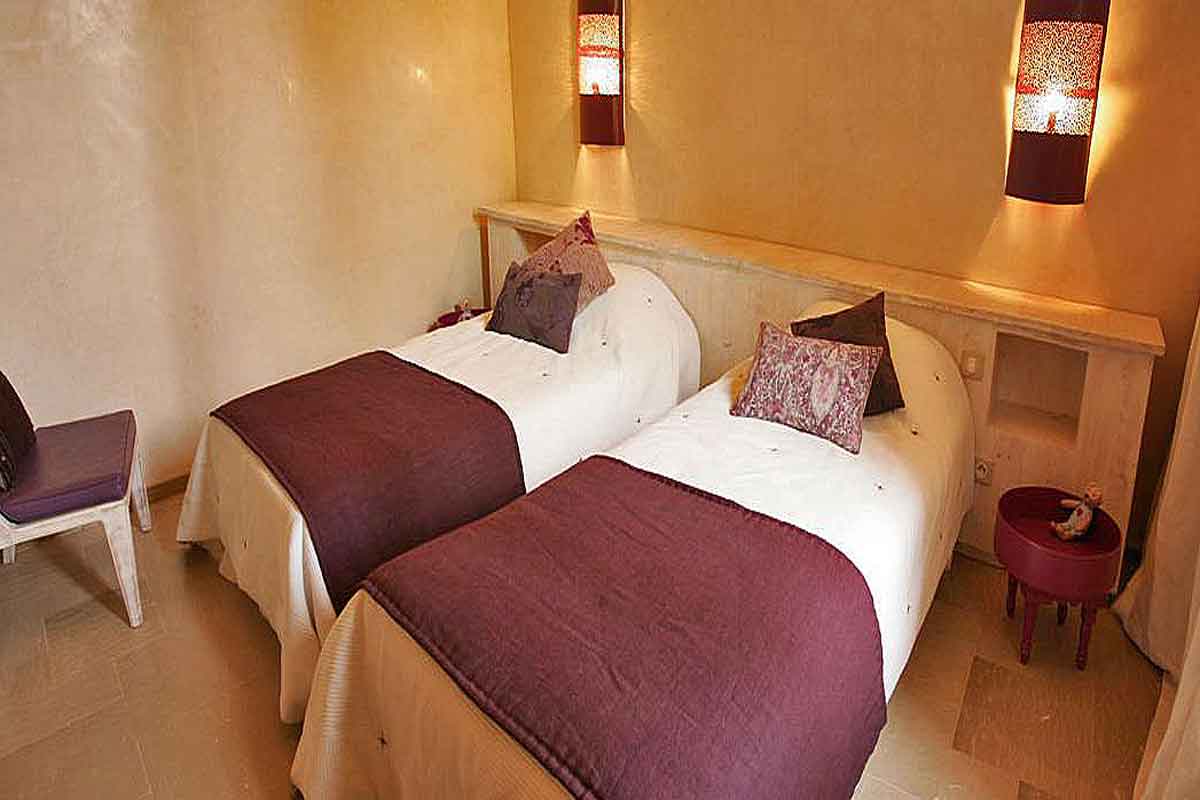 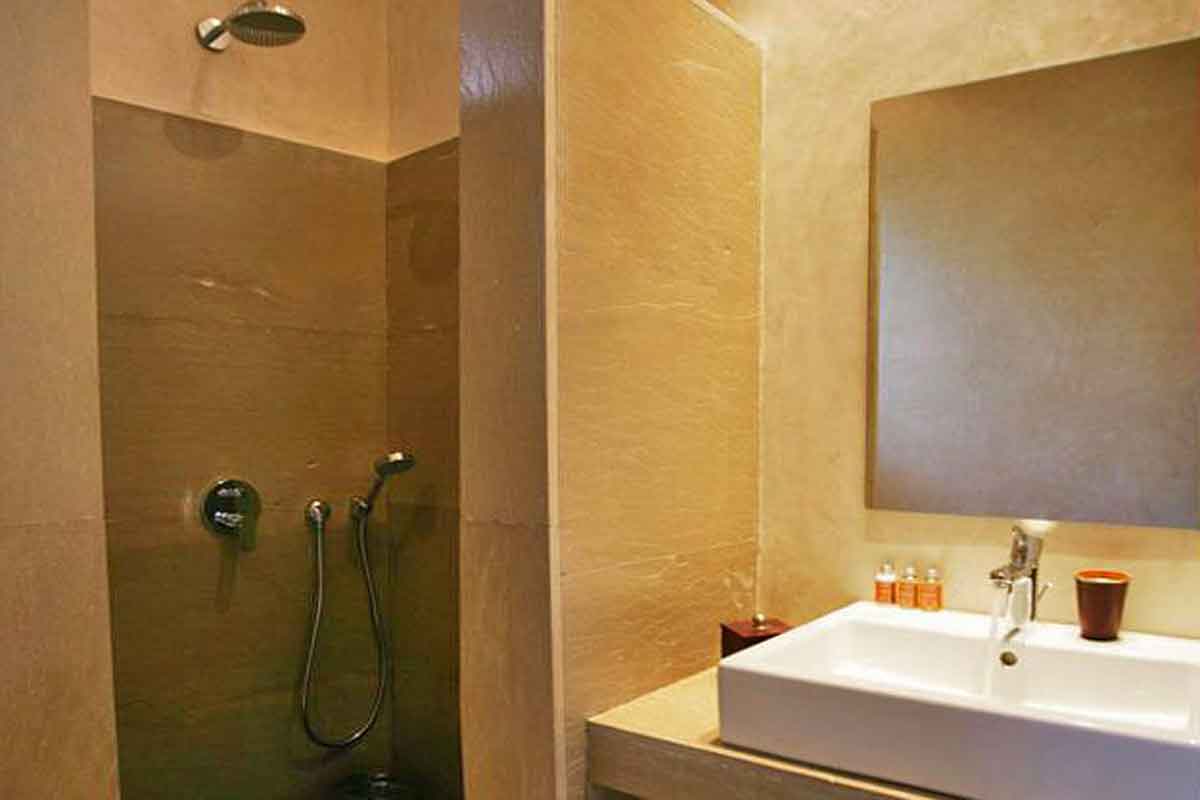 Domaine de Kasbah is in a quiet and secure location on the edge of the Palmeraie district just outside central Marrakech.

With 3 en suite bedrooms, private pool, garden and terraces, it offers the perfect getaway with access to the hubbub of all that Marrakech has to offer when you want it.

The property comes with the services of a Housekeeper.

A recently built villa that has combined traditional and modern Moroccan elements, offering spacious living/dining areas with huge floor to ceiling windows with views to the garden and pool.

The three bedrooms are all of the same proportions - two doubles and one twin - each with its own ensuite shower room.

Kitchen - The villa is not a self-catering property, the kitchen is for the onsite chef only, you can choose from an all-inclusive or half board option. (no alcohol included).

Services of a Housekeeper

Can be arranged at a supplement charge:

Private garden with private swimming pool and numerous terraces for sun or shade.

The Place Jemaa el-Fna Marrakech is always a little bit of everything: djellabas and babouches, bright colours, energy, heat. Once you've wandered around the stalls, gorged on all the mouthwatering food and watched everything on the square it's time to retreat to one of the many cafes and watch the goings-on from a distance. In terms of views, though not of food, the best are the rooftop cafes. From here you can see the entire square of Jemaa el-Fna: the smoky and brightly lit food stalls are the centre, but circles of locals form all around the square watching storytellers and actors, and around the edges are the juice stalls selling fresh orange juice. On the northern side are the souks - full of anything you could possibly want to buy, and lots of things you definitely don't! There are tourists aplenty in Jemaa el-Fna and it's tempting to dismiss it all as a commercial show, but the stories are all in Arabic and Berber and plenty of locals come here regularly as well. The monkeys, snake charmers and fortune tellers seem purely for the benefit of tourists though and you might find one evening here is enough - although most vistors come back night after night.

Café Poste - near Post Office - modern European restaurant. Colonial atmosphere - nice for a change when you have eaten too much Tagine!

Moroccan Villa not far from the Marrakech town centre

Markets with bakers and grocers, cafes, pharmacies, restaurants and all manner of shops and of course the famous "Souks" are all available in and around the Medina in central Marrakech.